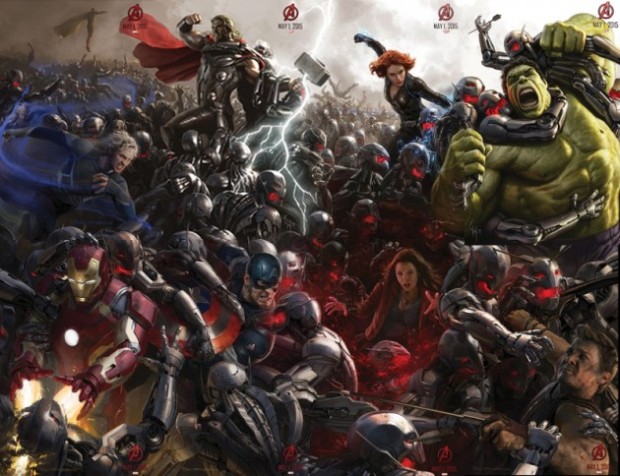 We are currently in the middle of San Diego Comic Con, and it’s nearly time for Marvel Studios’ panel. Here’s to hoping we find out what movies we will be seeing in Phase Three of the Marvel Cinematic Universe. In the meantime, enjoy this concept art, for Avengers: Age of Ultron, that was slowly revealed, and has now been completed.

(UPDATE) While I was expecting my twitter feed to be blown up by the end of the Marvel Studios panel at SDCC, this was not the case. Only a sequel for Guardians of the Galaxy was announced. And so the speculation continues, for what will become of Phase Three. My guess is something like this: Ant-Man, Captain America 3, Doctor Strange, Black Widow, GotG 2, Black Panther, Thor 3, Inhumans, Avengers 3.